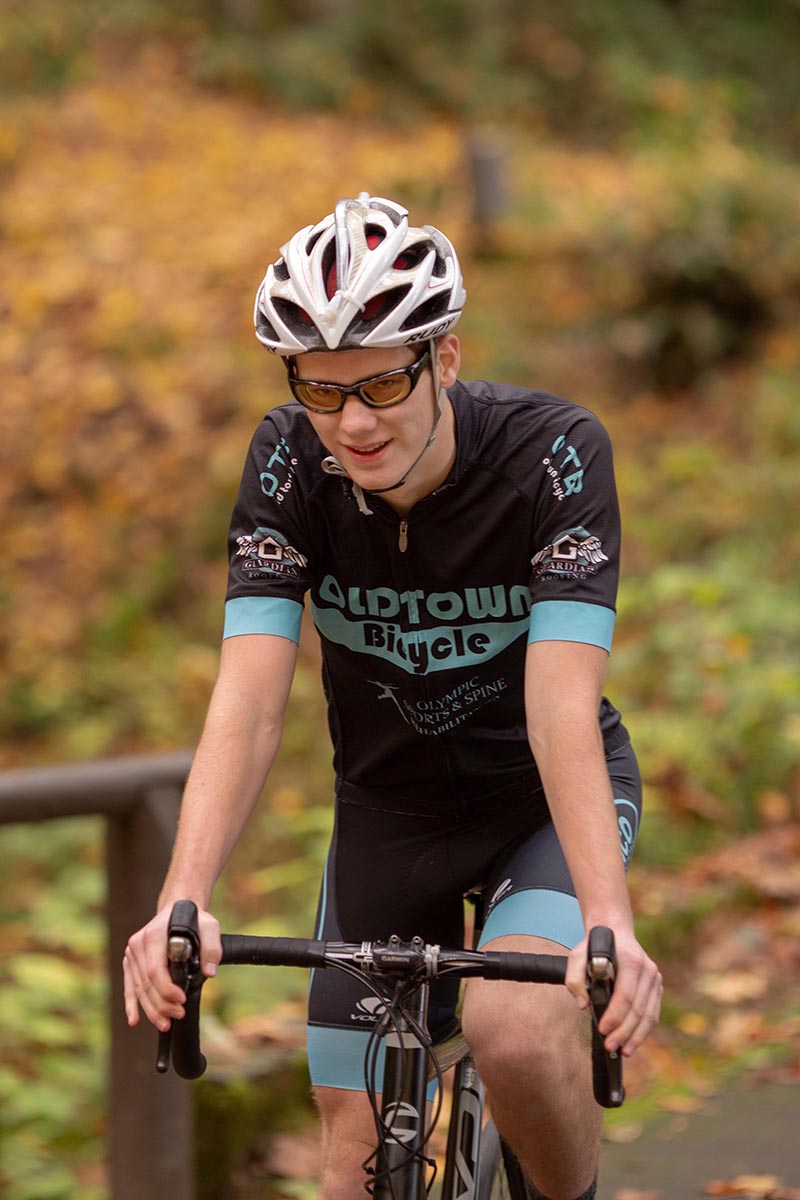 When Luke Bolt was 13, he noticed his hands would lock in contraction with use and were weakening. When his mother Jodie, a neurologist, heard about the problem, myotonic dystrophy was on the top of her list of possibilities.

Despite Luke's diagnosis with DM1, and subsequent diagnosis for other family members, they pursue an ambitious athletic agenda, understanding the benefits of exercise and conditioning to combat the DM process. Steve, who is an anesthesiologist, was a competitive swimmer at Ohio State University. Jodie is top-ranked All-American duathlete and has been a national champion in her age group for the past three years. She competes in international competitions that combine running and biking, and Luke is following in his mother's footsteps.

Luke and Jodie both competed in the 2019 Duathlon National Championships USA in Greenville, South Carolina in April. Both completed the race and qualified for the World Championships in Amsterdam in 2020!

Luke, Jodie, and Steve will all be riding together for the 40th Annual Kaiser Permanente Seattle to Portland Bike Ride July 13 and 14, 2019. The trio are hoping to use the ride to raise $10,000 for MDF. The event is the largest multi-day bicycle event in the Northwest and is expected to attract as many as 8,000 participants.

Though Jodie and Steve are veterans of the event, it will be the first time that Luke, who is 18, will be riding. The family has not yet decided whether it will seek to complete the ride in one day or two.

“Luke has not done it before, so it’s going to be a big challenge for him,” said Jodie. “We’re a highly athletic family overall. Luke loves to ride his bike and he’s trained hard all year round.”

The ride begins at the University of Washington in Seattle. Much of the ride takes place along rolling, rural roads, although riders must confront a mile-long, seven percent grade at the 45-mile mark known as the “Big Hill.” There’s also a 15-mile stretch around the halfway mark that consists of small, rolling hills. The course takes riders across the Longview Bridge over the Columbia River and into Oregon. The finish line is in Portland’s Holladay Park, 206 miles from the start.

Luke is not new to competitive sports. For four years he was on his high school bowling team and rolled in the state championships. He averages 185 but threw a perfect game in a recent practice. Nevertheless, the bike ride is sure to test his physical abilities.

Luke says his stamina is pretty good. In the fall of 2017, he completed a 100-mile bike ride. He also ran for four years on his high school’s cross-country team. “He wasn’t the fastest guy on the block, but he was out there trying,” said Jodie. “We have been doing a lot of biking and gotten in to duathlons. And Luke has decided in the last couple of years that that is a really fun thing for him.”

Though Jodie was familiar with MDF through her work as a neurologist, it was only after her son and husband were diagnosed with DM1 that she spent extended time exploring the resources the organization offers. Jodie noted, "I look forward to becoming more involved with MDF, and we thought 'what a great [opportunity] to dovetail this goal of Luke’s to get through that distance with a possible fundraising effort'."

“I didn’t initially pour over the material and every inch of the website as I have since these two guys were diagnosed,” said Jodie. “[MDF's] resources for patients and families are phenomenal.”

You Can Always Count on Mom

Luke said he expects to pursue a degree in exercise science when he begins college next year. After he narrowed his choices down to a handful of schools, Luke finally made the decision to attend George Fox University in Newberg, Oregon. And having a mother who’s a neurologist provides a good bit of support. “It’s definitely helpful. If I have any questions about anything related to the disease, I can go directly to her and ask about it,” he said. “She also gives me helpful or interesting tips about what to do or what not to do and what to look for.”

Help Luke, Jodie, and Steve fund Care and a Cure for myotonic dystrophy! 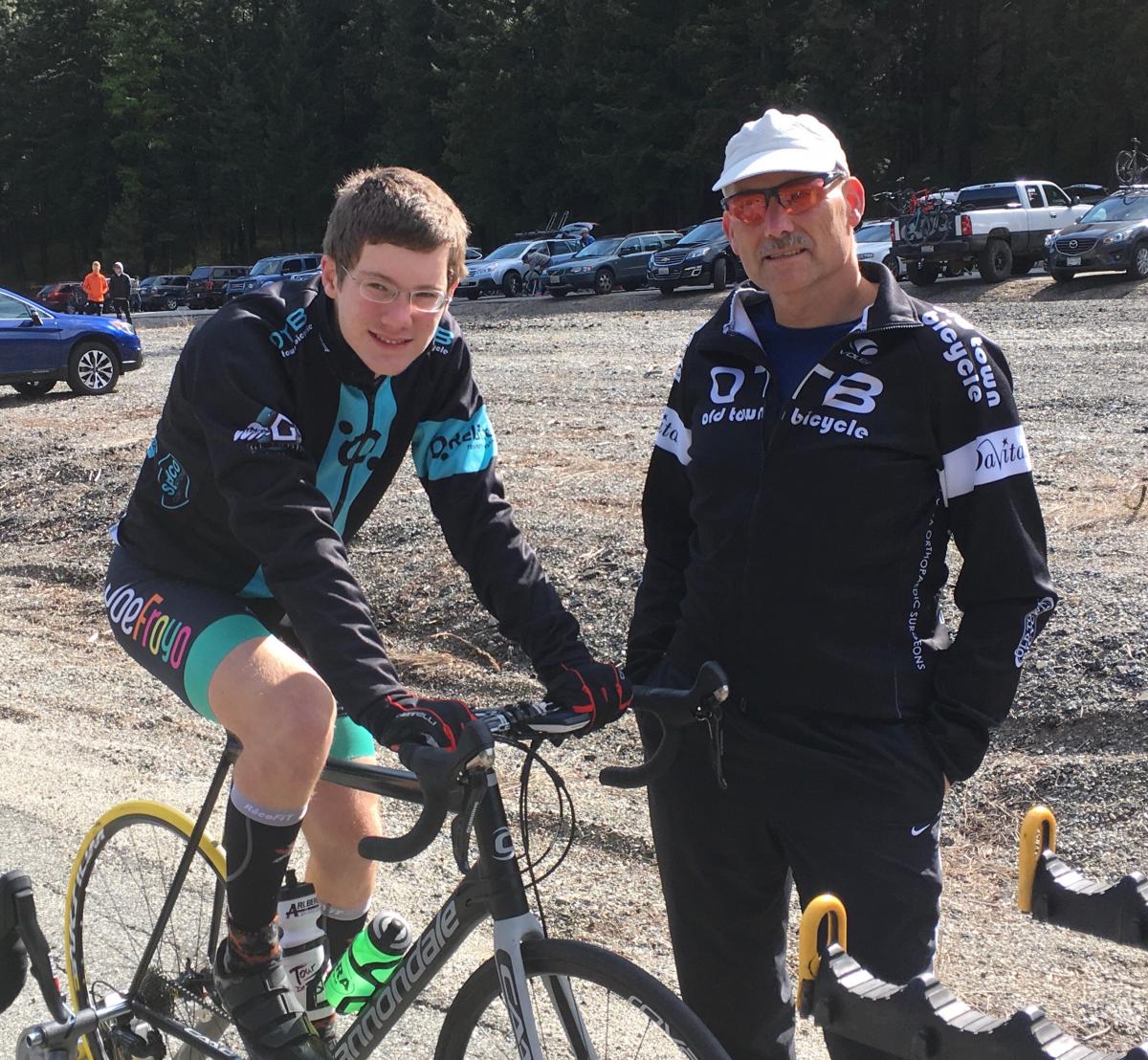 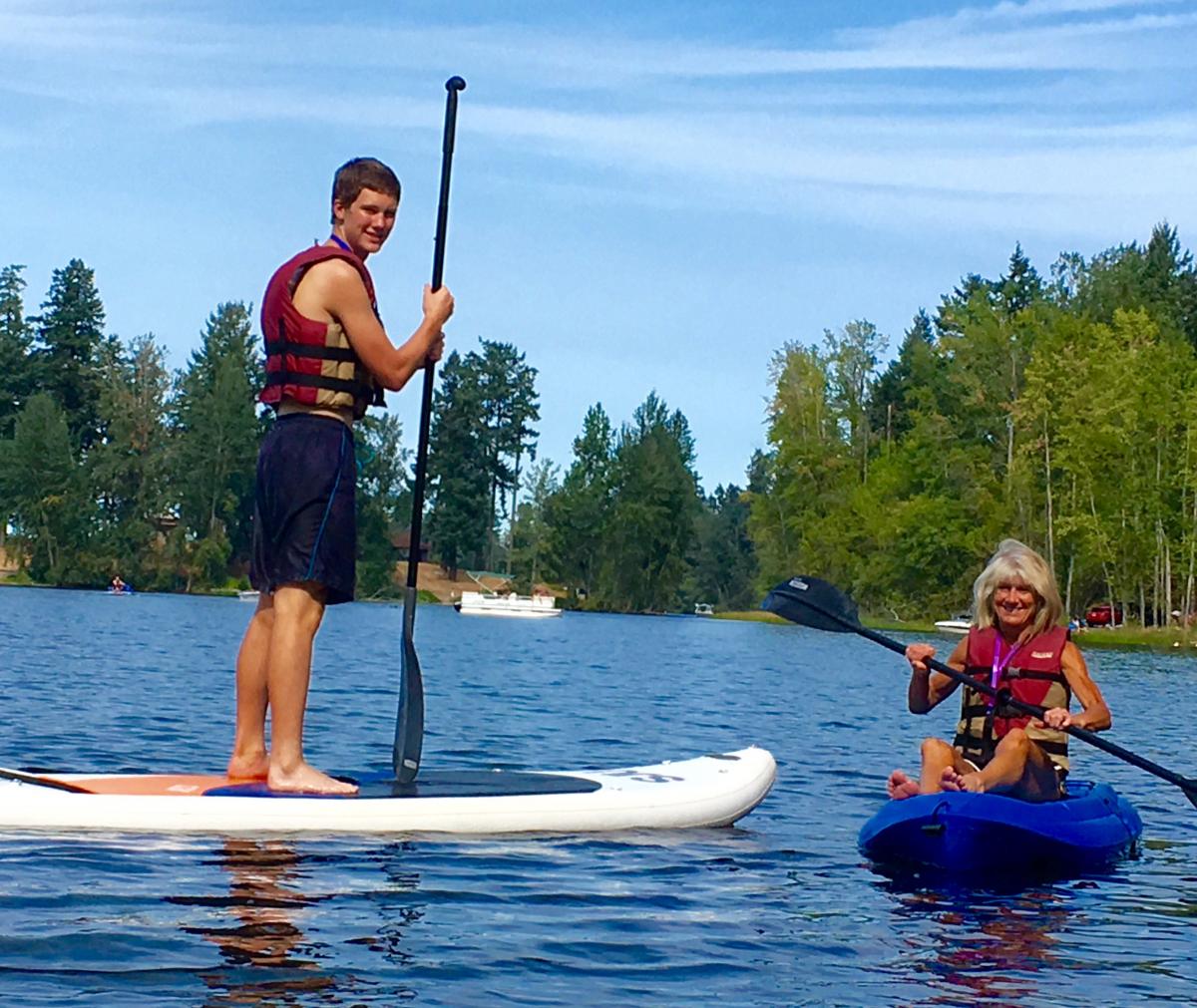