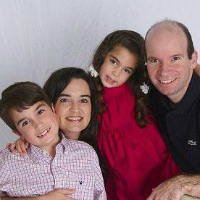 For Belen Esparis’s daughter, Emily, the road to a myotonic dystrophy diagnosis began during an eye doctor’s appointment when Emily was seven years old. The optometrist examined Emily’s eyes and said he was concerned. The young girl’s eye muscles were weak, he told Belen, adding that the condition was probably congenital and that other muscles might be involved as well.

Belen is herself a physician, and head of the sleep disorders clinic at Mount Sinai Medical Center in Miami. She and her husband, David, a businessman, came to the U.S. in the 1990s from Venezuela and have one other child, Emily’s older brother, Max.

With her medical background, Belen took Emily’s optometrist’s concerns seriously. But when she took those concerns to Emily’s pediatrician, she was told that because she was a physician she was overreacting. “I left that appointment thinking I might be crazy,” Belen says.

But to be sure, Belen decided to take Emily to a neurologist, who did an EMG muscle test and told Belen, “I don't know what’s wrong with her, but her muscles are abnormal.” It would take multiple blood tests and six more months before a definitive diagnosis of myotonic dystrophy (DM) was finally made. And it came as a complete surprise - as far as Belen and David knew, no one in either of their families had been affected by the hereditary neuromuscular condition.

“Looking back, we should have realized that some of what we were seeing in Emily’s development wasn’t fully normal,” Belen says. During the pregnancy, Belen had the sense that Emily was as not as active in utero as Max had been when she was pregnant with him. At birth, Emily had a suffered a collapsed lung, had to be intubated, and was in the ICU for ten days.

“This clearly wasn’t normal,” Belen recalls, “but when we asked about it, we were told, ‘it happens.’”

Emily had been a floppy baby, and her development seemed delayed. So Belen and David arranged for physical therapy for their daughter. Emily walked just before she turned 18 months old - the limit of what is considered normal - and was generally a little behind in developmental milestones.

“Otherwise she seemed like a normal child,” Belen recalls, although by the time of Emily’s diagnosis, she was beginning to display other symptoms that might be related to her DM. For example, she showed decreased facial expression - which Belen and David assumed was just part of her personality. At school, where she was in the first grade, she was easily distracted and falling asleep in class. As a sleep specialist herself, Belen now knows that “DM is associated with every sleep disorder in the book.”

Reacting to a Diagnosis

Belen and David’s reaction to Emily’s diagnosis was markedly different, Belen recalls. In general, David was slow to become concerned, telling Belen that Emily seemed to be doing fine. “But as a physician, I knew what could be coming,” Belen remembers. “That’s all I could see in my head at that point. I could see her in a wheelchair - that’s not what I wanted for my daughter. David didn't understand.”

“That’s one way in which the Myotonic Dystrophy Foundation (MDF) helped us,” Belen remembers. In 2012, shortly after Emily’s diagnosis, the couple decided to attend the MDF Annual Conference in San Francisco. Belen believes that this was when David began to grasp the implications of the disease. “We were in the check-in line and he began to cry. ‘Why are you crying?’ I asked him. He said, ‘All the attendees look like Emily.’”

David agrees that the conference provided a profound education about DM. “Even if I had read about the disease, it’s not the same as meeting hundreds of people affected by it - kids, brothers, husbands,” he says. “There were all different levels of the condition at the conference. You got to see and talk to them. What also struck me was doctors saying how little they know about this condition. One of the leading DM physicians was asking for help from patients, saying we ‘don't have any data.’ A biotech company researcher came to talk. When you hear about the research you get a perspective on how important it is.” 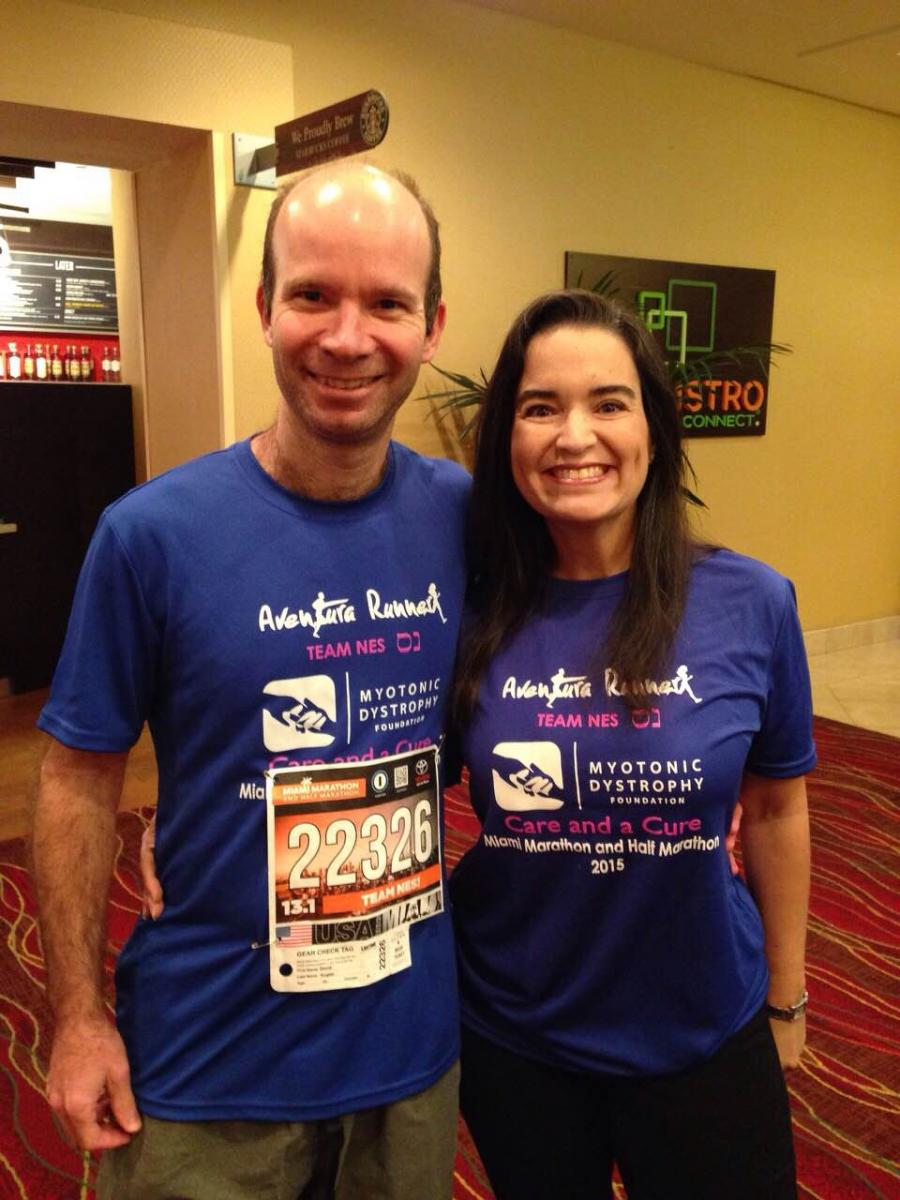 Since that meeting, Belen and David’s relationship with MDF has deepened. As a physician and native Spanish speaker, Belen has helped to create a Spanish translation for the MDF Toolkit and spoke on DM and sleep disorders at the 2013 MDF Annual Conference. But their main focus has been to raise money for research. “At the end of the day, that’s the only way we’re going to move forward toward a cure,” David asserts.

The couple has sponsored several word-of-mouth and email campaigns, making a personal solicitation to friends and family. Then they got the idea of participating in the Miami Marathon to raise funds for DM research. They got a group of friends together to run and make donations, and they solicited sponsorships from small businesses, putting their logos on the team tee shirts. David himself ran the half marathon in 2 hours and 45 minutes - “the farthest I’ve ever run,” he says.

“It was more to raise awareness and for fun than for money,” Belen says. Nevertheless, they raised $11,000 for research support through the marathon and have raised more than $35,000 for MDF overall. “People want to help,” she says. “It’s inspiring.”

The three years since her diagnosis have also brought changes for Emily. She has had a full year of physical and occupational therapy and dances 12 hours a week, and her muscles are much stronger than three years ago, her mother says. On the other hand, she been diagnosed with a malfunction of electrical conduction in the heart muscle, known as A-V block, and may someday need a pacemaker or implanted defibrillator to be sure her heart beats normally. She has myotonia in her hands and has begun to experience pain after eating.

While Emily knows she has limits other kids don't face, she has a very good attitude. “I just want her to keep trying,” Belen says.