Reaping the Rewards of an Unexpected Role 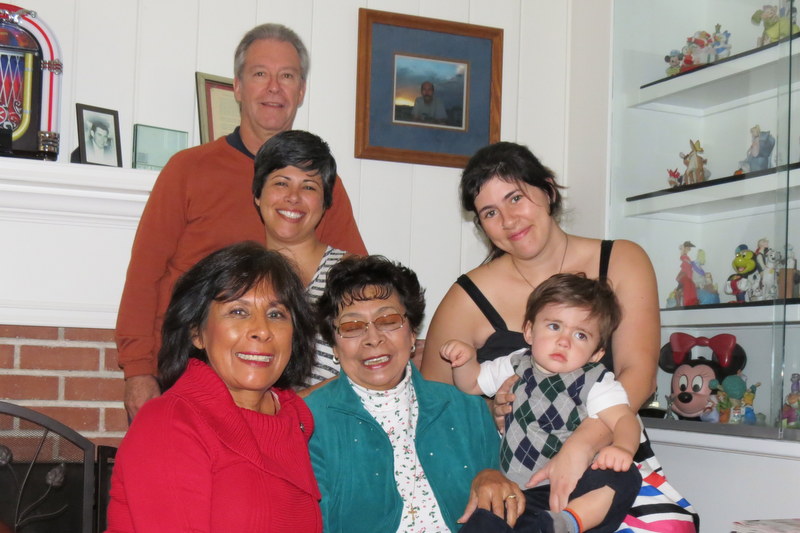 When Kevin and Loraine Dressler of Huntington Beach, Calif., entered their 60s a few years ago, they started looking at retirement communities. Kevin, an inventory analyst for Suzuki Motor of America, had two adult sons from a previous marriage who were living in Arizona, so relocating there was a possibility. Loraine, a former intensive care nurse and nurse case manager, had two adult daughters who were both living on their own. The couple was looking at places with lots of leisure activities and thought about buying a motor home and visiting U.S. national parks.

But that’s not what happened.

Loraine’s daughter Kristl had experienced a rough adolescence, had dropped out of high school before graduation, and had difficulty holding a job for long. Eventually, after arguments with her parents, she left home. “She didn’t want to go by house rules,” Kevin says, “and then we sort of lost track of her for about 10 years.”

Then, in 2012, Kristl was suddenly back in Huntington Beach, with a boyfriend, a baby on the way, and a wedding to plan. Retirement, the Dresslers decided, would have to wait.

Things did not go smoothly. As she entered her sixth month of pregnancy, Kristl was larger than expected, prompting an ultrasound that revealed an excessive amount of amniotic fluid and a baby that wasn’t moving. After a two-hour ultrasound exam, an astute radiologist told Kristl and Loraine that he thought the baby might have the congenital form of myotonic dystrophy, a genetic disorder that affects the muscles and many other systems in the body.

A consultation with a medical geneticist and DNA testing soon confirmed the diagnosis. The baby had the severe, congenital form of type 1 myotonic dystrophy (DM1), while Kristl had the juvenile-onset form of the disease, and Loraine had a moderate type of adult-onset DM1.

(DM1 is caused by an expanded section of DNA on chromosome 19, which tends to get larger with each generation in a family. In general, larger expansions are correlated with earlier disease onset and more severe symptoms. For details, see How DM Affects Your Body and the Myotonic Toolkit.)

A lot of things now started to make more sense. Loraine’s brother had died at age 47 of respiratory difficulties, almost certainly attributable to adult-onset DM1. Loraine had experienced hip joint abnormalities and had undergone replacement of both joints, prompting an early retirement from her nursing career. That too, it now appeared, was likely caused by her DM. And Kristl, whose cognitive and physical limitations had interfered with her education and employment, could now put a name to her disorder. Unfortunately, the baby, with congenital DM, was in an urgent situation, likely to be born unable to breathe or eat without immediate, high-tech medical intervention.

“I was scared and shocked,” Kevin remembers. “Through all my life up to that point, things were real easy. There was nothing dramatic – no crises, no health issues. This was one of the biggest things to hit my life.”

The baby, who would be named Zen, was born on May 14, 2012, two months ahead of schedule and weighing just a little more than 4 pounds. Pale and limp, he was placed on a ventilator within minutes and would spend the next eight weeks in a neonatal intensive care unit. For sustenance, he would depend on formula via a feeding tube for the first year of his life. Predictions were dire. “They thought Zen might never be able to eat regular food,” Kevin says. “They thought he might be blind.”

Kristl and Loraine visited Zen in the neonatal intensive care unit (NICU) every day, and Kevin was there as much as possible. “I was sad for Zen when he was in the NICU,” Kevin says. “My role then, though, was more as a caregiver to Loraine, supporting her during that time, doing whatever she needed me to do.” He remembers wondering how he would ultimately fit in and how he would deal with the sudden changes in his family, including navigating new relationships with Kristl and her partner, coping with a DM diagnosis affecting three family members, and caring for a new baby who at best would require a great deal of complex care and at worst might not survive.

Kevin knew, however, that he and Loraine would have to support this young couple with a sick baby. At that point, he says, “You don’t run away; you jump in and take over.”

An Expanded Role for Kevin and Loraine

After a rocky couple of months, Zen was finally able to go home to his parents’ apartment in July. The marriage, however, did not last, and Kristl and baby Zen soon moved in with Loraine and Kevin.

Kevin’s role quickly expanded to include baby care during the hours he was not at work. (Kristl, now 31, is involved with Zen’s care but is hampered by her own DM symptoms.)

The Dresslers have become full-time caregivers, even though Loraine, now 62, is beginning to experience fatigue and other DM manifestations herself. “Loraine and I are both Zen’s caregivers,” Kevin says. “She’s there during the day, and I do the evenings. On weekends, I take care of Zen so she can do housework, but I also help her to do those things. If she wants to be in bed or at the computer, that’s fine. I can play with Zen, take him for walks, feed him.”

Kevin says he’s always considered himself “on the shy side,” someone who doesn’t have many friends. The caregiving role, he says, has given him “an opportunity to get out of my comfort zone” and has given him a sense of his own worth. “We have three people with DM in our household,” Kevin says. “And I’m OK with that. I totally am. I always thought of myself as willing to help others, to be there for them.”

Zen is now 3 years old and “blossoming,” Kevin says. “He’s coming more alive and is on the road to being an active, typical kid” who has exceeded early expectations. He can see and hear, walk, eat regular food without a feeding tube, and breathe on his own, although he requires daily respiratory treatments.

Zen has signs of autism (not uncommon in congenital DM) and receives 19 hours a week of special therapy for that condition. He loves the therapy sessions, where he’s learning to use a cup and spoon and match objects to their correspondingly shaped holes.

He now says a couple of words and reacts to people with emotion. He also loves going for walks, riding his toy car, and eating. He’s been to Disneyland and Disney World, where he’s finally big enough to go on the rides.

“The thing we want to do is make sure that Zen has the best day he can every day,” Kevin says, “and keep him happy, healthy, safe and loved.”

Although plans to visit the national parks are on hold, Kevin and Loraine have learned the ins and outs of traveling with a baby with special needs, and they’ve attended several conferences and support groups. In September, Kevin was on a panel with two other unaffected male caregivers at the 2015 Myotonic Annual Conference, held in Washington, D.C. Some 30 men attended, prompting the launch of a closed, private Facebook group for male caregivers in DM families. (See Unaffected Male Caregiver: Caring for Spouses & Children and Unaffected Male Caregivers Facebook Group on the Myotonic website.) “There’s a lot to learn,” he says, and sharing is helpful.

The support group that Loraine and Kristl attended (while Kevin took care of Zen) recently moved to another state, so Kevin and Loraine have become facilitators of the Myotonic Support Group – Orange County.

Asked what advice he had for male caregivers, Kevin offered these thoughts: