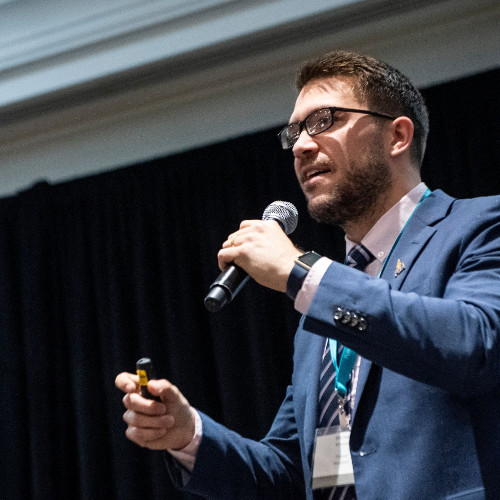 MDF is proud to introduce our new Program Director, Mike Knaapen!  For the last five years, Mike has directed the support, education, and outreach programs for the Pulmonary Hypertension Association (PHA) in Washington, DC.  Pulmonary Hypertension (PH) is a rare disease estimated to affect over 20 million people worldwide, most of whom do not know they have the disease or have been consistently misdiagnosed for many years.  Acting as the organization’s “chief patient advocate”, his primary role at PHA was to integrate lived experiences into their work and organizational priorities by always asking, “What about people living with PH?” As a result, he helps community members navigate many of the challenges involved in living with rare disease and focuses his effort on eliminating barriers to care and treatment.

Serving as a liaison to the national and international rare disease community, industry, rare disease organizations, and other nonprofits, Mike believes in advancing organizational missions through strategic partnerships. He expanded PHA’s support network to 200 support groups, eight Facebook groups, a hotline with both English and Spanish language options, as well as six virtual support groups for special populations. Mike also developed the PHA pediatric program through tailored resources, support networks, and event programming.  Integral to the implementation of PHA’s family and healthcare provider conferences, which reach of over 1,400 people annually, Mike also worked with more than 400 community volunteers to provide peer support and other resources to improve and extend the lives of people affected by PH. Prior to PHA, Mike worked in nonprofit development and human resources.

A native Midwesterner and proud graduate of the University of Wisconsin – Milwaukee, where he studied voice, Mike may occasionally be heard singing an aria or two, is often found reading during his spare time, and enjoys spending time with his dog Penny. When asked what he is most looking forward to at MDF, Mike said, "The people. MDF is clearly more than an organization; it's a community. I can't wait to jump in and help out wherever I can."

MDF is excited you have joined the team, Mike!  Welcome!!!