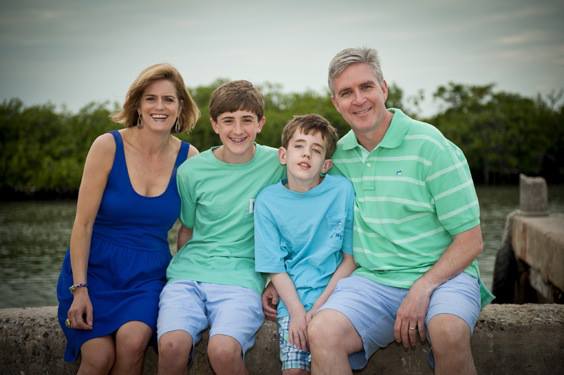 Elizabeth Florence lives in Dallas, Texas, with her husband, and two sons, Sam, 18, and Will, 20. Sam was born with congenital myotonic dystrophy. Will does not have the disorder.

"lt's very difficult to be a mother to a child who is different. Sam sometimes uses a wheelchair and he moves slower than other children. On the other hand, I feel very lucky because my husband and I are healthy and we have the energy and ability to take care of Sam and to be there for our other son, Will."

Like many families who are dealing with DM, Liz and her husband received a lot of misinformation from the doctors immediately after Sam's birth.

"Every shift change meant different information from each new staff member. We didn't know what to think," Liz recalls. She and her husband went to the hospital every morning and stayed with Sam all day. "One day, when Sam was about three weeks old, the neonatologist told us Sam would have a very short life span -- until about the age of two -- and that he'd then die. Initially, we were devastated, depressed and in despair."

The next day another, more experienced neonatologist told them the truth: that each manifestation of myotonic dystrophy (DM) is very individual; that Sam could end up being very normal or that he could have cognitive delays. Since DM affects each patient differently, Liz and her husband were desperate to understand more about the disease and how it might take shape for Sam. A doctor told them that they should not use the internet to learn about DM because many sites focus on the most dire situations; the Myotonic website is an obvious exception, but didn't exist at the time. Instead they talked to every doctor they could about the disease. Once they began to understand more about the realities of DM, they started to have more hope for Sam's future.

Since those initial months and years, Sam has grown into a charming and delightful child. He and his brother are very close and have a wonderful, supportive relationship. "God gave us Will because he knew Sam was coming," Liz says of her older son. "He is empathetic, kind, inclusive, and chooses his friends based on whether they are nice to Sam. They truly adore each other, and for that we feel so lucky."

That lucky feeling and the belief that life is more than simply what's handed to you, that it is what you make of it, propelled Liz and her husband to organize the 2011 Sam's Squad Run, a fundraiser that utilized the annual Dallas White Rock Marathon as a springboard for their own efforts to raise money. "We decided that we needed to help the research effort somehow, and once again, we got lucky," said Liz. 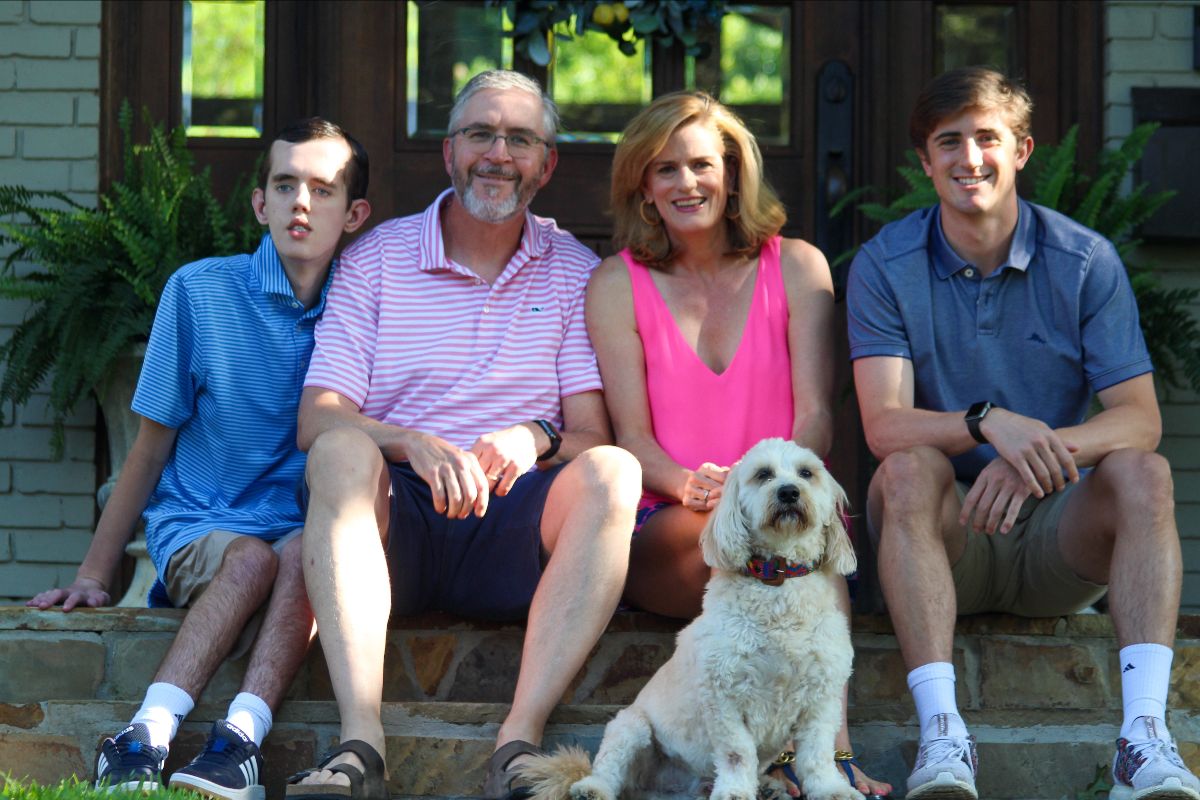 Their initial goal was to raise $25,000. With no plan and no volunteers or runners, they began the work necessary to have a successful fundraiser. Their friends, family and contacts in the Dallas area came through with an overwhelming response. The Sam's Squad Run had 150 runners and 100 volunteers at Sam's Squad water stations, despite the 40-degree temperature and the downpour of rain. "It was so exciting. We had an anonymous donor who matched our $25,000, and within six months of the race, we'd raised $107,000 for Myotonic."

"It was an amazing experience to be able to organize something like this," said Liz. "It made talking about Sam's condition easier and it was an incredible exercise in getting and staying organized. The success of this fundraiser also got me more connected to Myotonic, and now I have a more active role in the organization. Most importantly, this fundraiser has led to other opportunities that continue to allow me to contribute and really make a difference long-term."

Liz continues to give back to the myotonic dystrophy community by serving on Myotonic’s Board of Directors as Secretary.

The second Sam's Squad Run was organized for the 2013 Dallas Marathon. Although the marathon was cancelled because of an ice and snow storm, their friends and family were still able to raise over $30,000!

In 2017, Will organized a 5K run for his senior leadership project at school. After seeing the success of his family's previous fundraisers, Will was inspired to achieve the same kind of profound impact. Runners, joggers, and walkers of all ages raised another $15,000 for Myotonic at the 5K run and 1K walk at the Parish Episcopal School in Dallas, Texas.

Now in 2020, Sam is 18 and Will is 20. Sam has continued to blossom into a delightful young man who brings joy to everyone he comes in contact with. He and Will remain very close and have a wonderful, supportive relationship. Sam also benefits from having empathetic friends, and an extremely caring extended family with grandparents, aunts, uncles, and cousins who love him infinitely.