UK geneticist Darren Monckton’s fascination with human genetics dates back to his six-month undergraduate placement in the lab of geneticist Alan Roses at Duke University. At that time, the late 1980s, no one knew the genetic basis for inherited conditions such as myotonic dystrophy (DM), Huntington’s disease, or cystic fibrosis, Darren recalls, “and much of our effort focused on family analysis, what we call ‘mapping,’ trying to identify the disease-causing gene.”

Later, as a PhD student at the University of Leicester back in the UK, Darren worked in the lab of Alec Jeffreys, helping to understand the biology underlying the high levels of individual specific variation revealed by DNA “fingerprinting” - work that focused on understanding repeated sequences within the DNA. Then, just as he was finishing his PhD in the 1990s, researchers began discovering that alterations of repeated DNA sequences were becoming associated with a number of genetic diseases, including DM. “This brought together my longstanding interest in genetic disease with my expertise on DNA repeated sequences I’d gotten during my PhD,” Darren says. “It was a perfect fit.”

Darren subsequently applied for and received a fellowship from the Muscular Dystrophy Association to work in the lab of Tom Caskey at Baylor College of Medicine in Houston, one of the labs that first identified the CTG expansion in the DMPK gene as the genetic underpinning of DM.

Today, Darren heads up a major genetic disease research group, focused largely on DM, at the University of Glasgow in Scotland. Once again, as in his undergraduate days, his work focuses mostly on families, now trying to understand the relationship between the disease’s underlying genetics and symptoms in families and individuals. “We work with a very collaborative group of clinicians in Scotland - neurologists, clinical geneticists - who've got an excellent system organized in terms of caring for and managing families with myotonic dystrophy,” Darren explains. “Through them we recruit patients for our genetic studies.”

The lab also works with other researchers - including from the US, Canada, and Costa Rica - who have access to groups of patients with complete medical records that allow them to be tracked over time, comparing their clinical symptoms with their underlying disease process as revealed by genetic testing. “Having cohorts of patients that have been carefully followed over a number of years is absolutely key to what we're doing,” Darren says.

This work is essential because DM is such a variable disease. It’s known, for example, that the underlying number of CTG repeats responsible for the condition increases from one generation to the next resulting in more severe symptoms at an earlier age in each succeeding generation, a phenomenon known as anticipation. “We’re trying to understand the dynamics of that process,” Darren says.

Researchers have also discovered that repeats tend to increase throughout the lifetime of the individual. “That happens at different rates in different tissues,” Darren says, “faster in muscle cells and brain cells, which appears to correlate very strongly with the tissues in which we see the most symptoms. That may explain why the symptoms become worse with age.”

That finding has profound implication for DM testing, says Darren, making it difficult to predict the severity of future symptoms or, in the case of a couple considering having a child, how severe symptoms might be in the next generation. “When we're trying to correlate the number of repeats a person has with the relative severity of the symptoms. That's complicated by the fact that the number of repeats itself is changing.”

So the team is working to develop methods that make such predictions more reliable. “What we've found is that by looking not just at the average number of repeats within a population of cells, but by looking at a lot of individual cells, we can build up an understanding of the overall degree of variation in the number of repeats. Using mathematical models and other approaches, we can then predict the number of repeats the individual was born with. When we do that, we’ve found that it's much more accurate in predicting how severe the symptoms will be.” 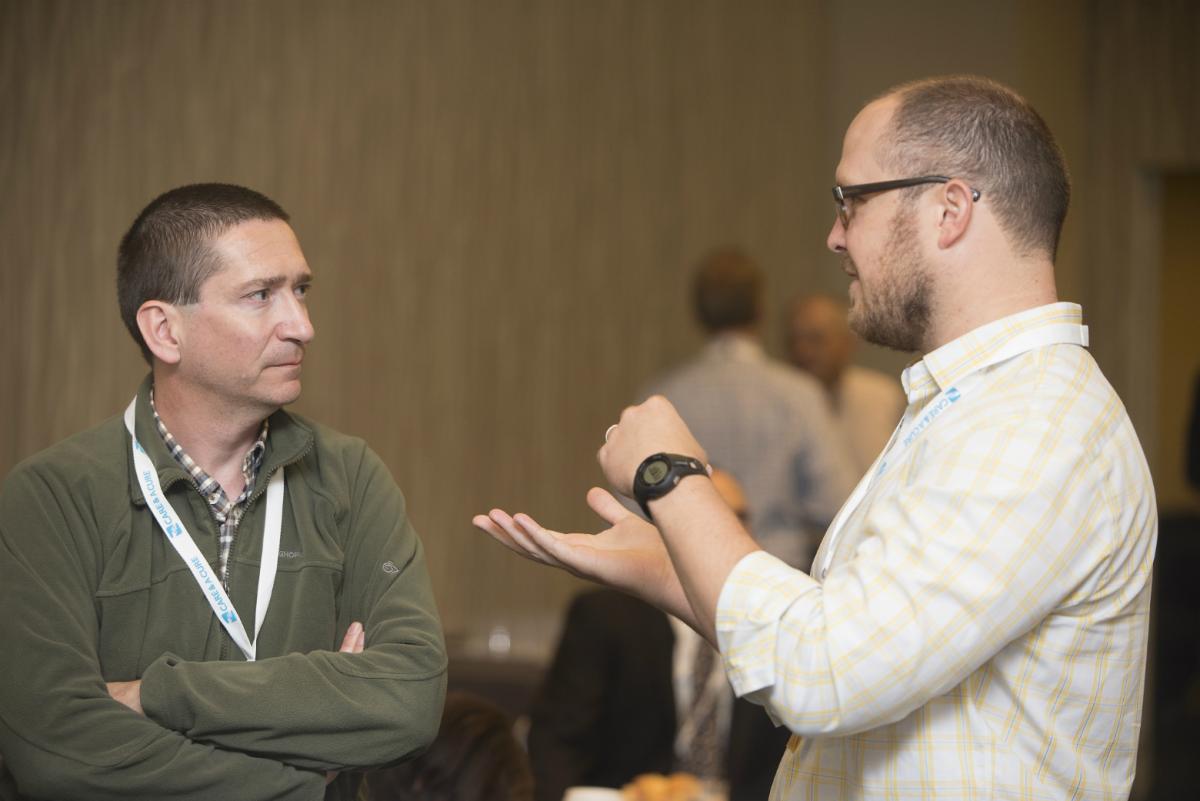 Another key recent finding by the researchers is that in some a relatively small proportion (around 5%) of families, the DNA may include other sequences mixed in with the CTG repeats, so called “variant repeats,” and that this can be associated with profound differences in the symptoms of those family members. Sometimes the variant repeats may be associated with additional symptoms, such as neuropathy, but more often they seem to make the DM symptoms less severe.

“These individuals have either very mild symptoms, or, in some cases, have no symptoms at all,” Darren says. “They have essentially self-cured in a genetic kind of way. That gives a lot of insight. If we could reproduce that effect in individuals who have inherited a pure CTG tract, then that would potentially be very beneficial.”

Darren describes his work as a quest to “understand the natural history of the disease as it relates to its underlying genetics.” This understanding is particularly crucial as researchers begin clinical trials of drugs that may one day be used to treat the disease. “One of the challenges with myotonic dystrophy is that the disease is so incredibly variable,” he says. “In a clinical trial, you have groups of treated patients and untreated patients, but obviously with DM, those individuals were going to be very different before you had any sort of intervention. Determining whether the drug has been effective at all can be quite difficult. By better understanding why different individuals have very different symptoms and how their symptoms were likely to have changed in the absence of a drug, we can better understand whether a drug is actually working or not.”

Darren is looking forward to June’s IDMC-10 meeting in Paris. He’s attended all of the IDMC meetings over the years and appreciates the unique degree of collaboration among researcher in the DM field. “It's really a great field in that everybody is really open, very collaborative, willing to share unpublished data,” he says. “The meetings are a great way to get up to speed on what's going on and to form new collaborations and to try to help one another out.”

Like many researchers, he’s particularly looking forward to any updates that may be forthcoming about the pioneering drug trial that was recently launched in the US. “A lot of scientists are working on this disease because it is so unusual and complicated. But we are now at a point where we have a pretty good idea what’s going on, and that’s changed over the last four or five years. At the last few IDMC meetings we've had people saying, ‘ok, now we know what's going on inside the cells, how do we actually develop treatments?’ It's very exciting that one of those agents that was effective first in cells and then in an animal model is now going into clinical trials. It's exciting to see how that's all progressing.”