MDF 2020 Above & Beyond Award: Angie Wiggans

MDF is thrilled to announce Angie Wiggans as the 2020 recipient of the MDF Above & Beyond Award! Angie earned this community award for her spectacular vision and success in planning a brand new grassroots campaign to help advance DM therapies. By engaging her extensive network and educating her local community, Angie helped raise awareness of the disease and funds for myotonic dystrophy research. Angie created videos and handouts, spoke at schools, choreographed dance moves, utilized social media to maximize the reach of her messaging, and even engaged an anonymous donor to match her fundraising efforts by $25,000!

A huge THANK YOU to Angie, and her husband Paul, for all their tireless work to support the DM community and find a cure. Congratulations, Angie! 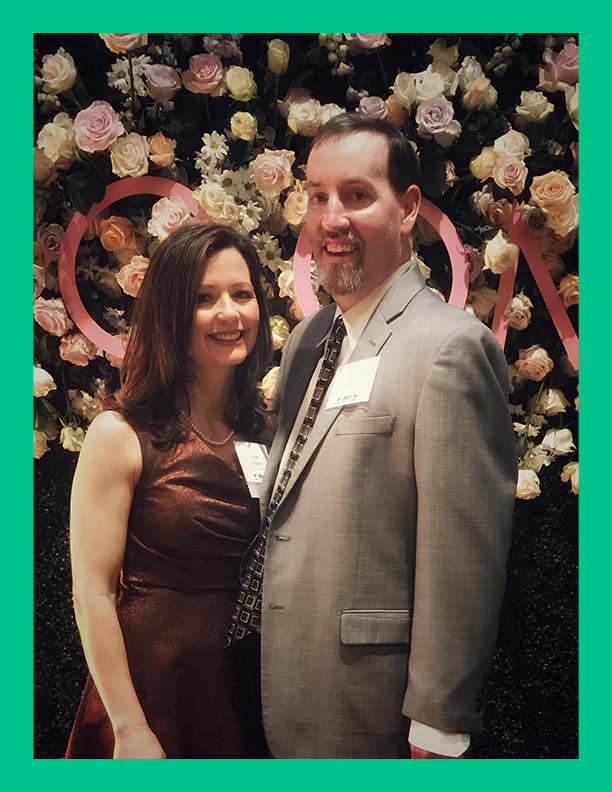 Fourteen years ago, during a routine physical examination, our lives were changed forever after Paul remarked to his doctor that his hands often “locked up” when he grasped objects, made a fist, or shook hands with someone. He was embarrassed at his inability to quickly let go of anything once he squeezed. Concerned, his physician sent him to a neurologist the following day. Two weeks and a genetic test later, the neurologist’s suspicions were confirmed. Paul’s myotonic dystrophy diagnosis connected the dots on almost five years of serious, but seemingly unrelated, health problems. Serious cardiac events that led to a hospital stay and an implantable defibrillator, marked daytime sleepiness, weakness in the outer extremities, infertility, painful falls, gastrointestinal problems, et cetera all made more sense. Until his diagnosis, we had seen each of these symptoms as unrelated, and we thought of them as flukes. It never crossed our minds that Paul could be suffering from a chronic, progressive, incurable disease. We were very young at the time (I was 29 and Paul was 32), we were in the process of adopting our son, Alex, from Russia, and we did not completely understand how the disease would impact us as it progressed. In fact, we heard the doctor say, “slow progressing” and decided that was synonymous with “stable.” Little did we know that every few months would bring a new challenge, leaving us in a nearly constant state of grief, loss, and stress. For example, within five years of his diagnosis, Paul lost his job and just a few years later, he was awarded full-time disability. Now, nearing his 47th birthday, the disease has taken a significant toll on his body, his health, and his quality of life. 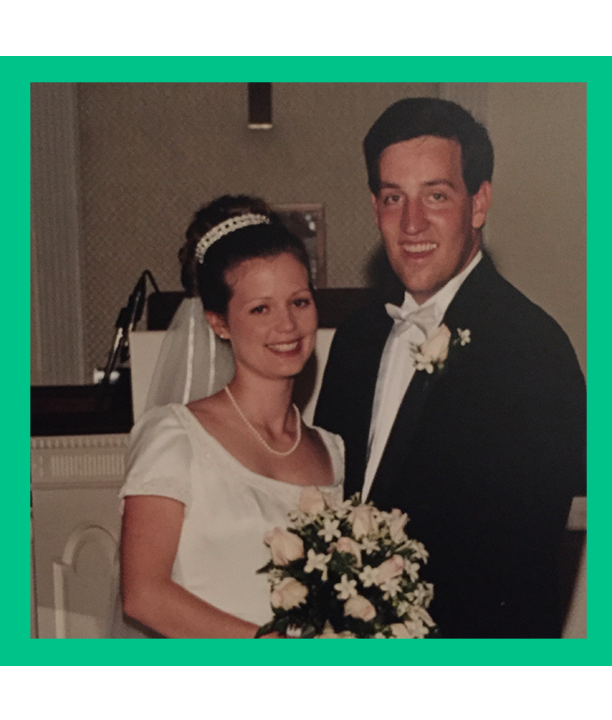 Most people wear socks each day, taking for granted the finger strength and dexterity necessary to perform this seemingly simple task. For many people living with myotonic dystrophy, however, putting on socks is impossible. Because myotonic dystrophy affects the outer extremities first and works its way gradually to larger muscle groups, patients’ fingers, hands, and arms can be markedly weak. This is definitely true for Paul. As a result, Paul cannot put on his own socks, so Alex or I must do this task for him each day. This past year, through my job’s Pursuit of Excellence Award, I was awarded money to pursue an awareness and fundraising campaign on behalf of Paul and others living with myotonic dystrophy. Paul’s sock struggle gave me the idea for my campaign. Through a social media sock challenge, we are working with the Myotonic Dystrophy Foundation to raise money for their Fund-a-Fellow program. This program sponsors education for bright, promising, innovative researchers who are interested in searching for a cure for myotonic dystrophy.

Since 2009 the Myotonic Dystrophy Foundation has committed over $3 million in total research funding to 34 fellows from 17 different institutions in five countries. As of today, 29 of those fellows are still working to develop therapies and find a cure for the disease! Your support will increase the number of experts working to change the world and eliminate myotonic dystrophy. Click here to access the SockOn for Myotonic Dystrophy campaign.