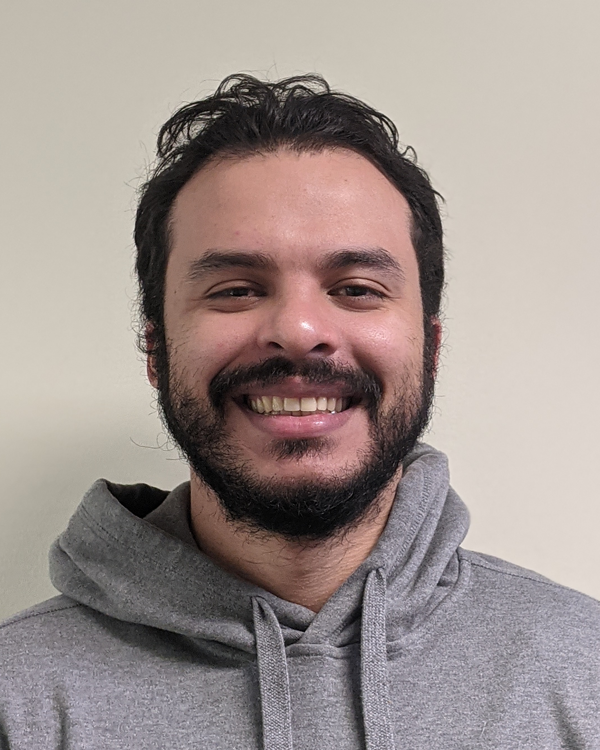 Jesus Frias is a fourth-year doctoral student in the Molecular, Cellular, Developmental, and Neural (MCDN) biology program in Dr. Andy Berglund’s Lab at the RNA Institute at the University at Albany, New York in the United States. As an undergraduate in Biology at the University at Albany, Frias was first introduced to gene expression, development of organisms, biochemical processes, and structure and function of biomolecules. As an undergraduate, he was part of Dr. Paolo Forni’s Lab, where he studied neuronal identity using the murine vomeronasal organ (VNO), a part of the olfactory system, as a model system. Based on previous work in the lab, they hypothesized that the transcription factor AP-2ε played a crucial role in the basal neurons of the VNO. His project consisted of characterizing the VNO of AP-2ε knockout (KO) mice to assess the hypothesis and found the expression of V2Rs was reduced in the KO, as expected, but the expression of select V1Rs increased, a result not previously observed. His experience conducting research as an undergraduate further motivated him to continue pursuing his interest in science and obtain a PhD degree.

With Dr. Andy Berglund as his thesis advisor, Frias is able to apply his interest in biology in the study of complex neurological diseases. His project with the Berglund Lab aims at probing the mechanism by which these small molecules of diamidines, previously identified by the Berglund Group as possible therapeutics for DM based on their ability to reduce toxic CUG transcripts and rescue AS events in different DM1 models, are acting on DM1. This information will aid understanding the pathogenesis of myotonic dystrophy and the identification or engineering of more efficient DM1 therapeutic small molecules. Frias’s career goal is to “study complex neurological diseases either in academia or as a scientist in a biotechnology company”. He believes “there is an urgent need of treatment for complex neurological diseases that address their root cause and a need for a deeper understanding of the molecular mechanisms of such diseases”.